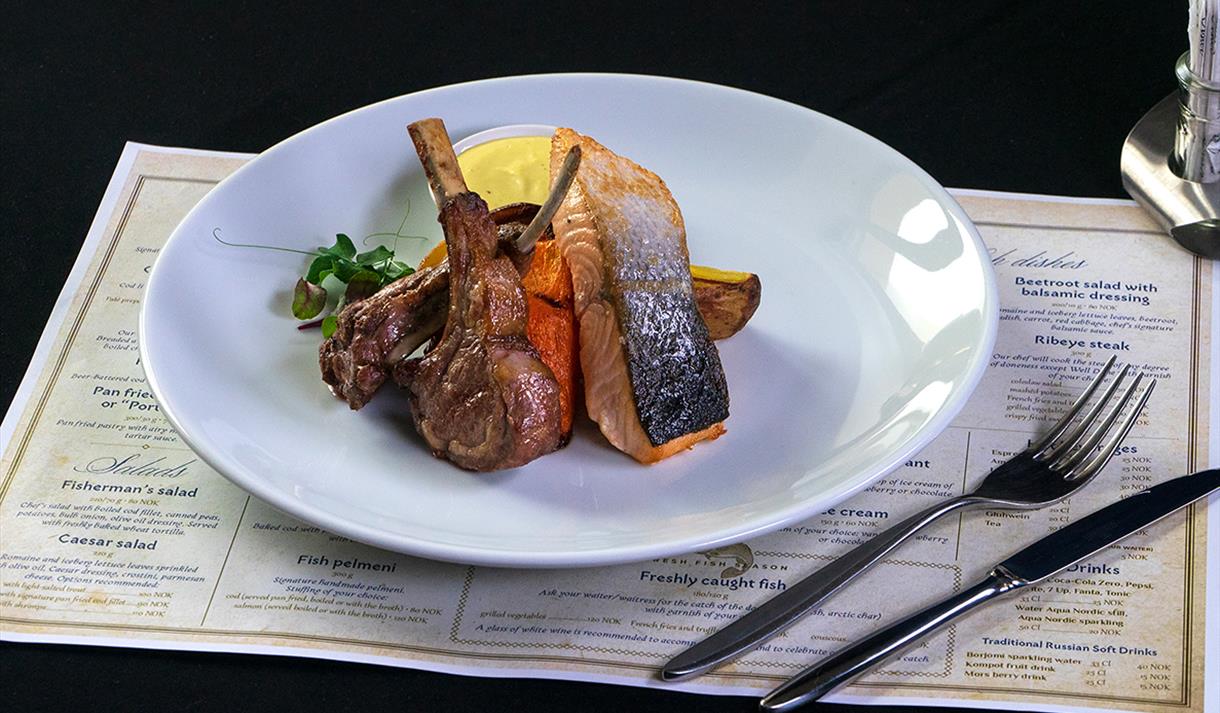 Restaurant Rijpsburg
The restaurant kitchen puts emphasis on meals with fish caught in the local fjords and in the North Atlantic. Restaurant Rijpsburg's name pays tribute to the captain of Willem Barentsz’ expedition, Jan Cornelisz Rijp, and Rijpsburg is a settlement named in honor of the captain and was founded in the 1920s by his descendants, Dutch miners, on the western shore of Isfjorden.

The menu includes dishes that utilise arctic fish species such as: cod, haddock, wolffish, arctic char, salmon and herring, marine mammals such as minke whale caught in small amounts between Svalbard and Grenland, and squid caught in the Arctic. We use recipes from the Russian North, Pomors, Norwegians, British, Americans and Portuguese.

Icebreaker Bar Krasin
The design is based on the interiors of the two legendary icebreakers Krasin and Lenin. A special feature of the bar is a collection of 25 types of Aquavit, a traditional strong alcoholic beverage of the Nordic countries. You have a great opportunity to taste Norwegian, Danish, and Swedish flavors of Aquavit here.